The Problem of Maya or Illusion 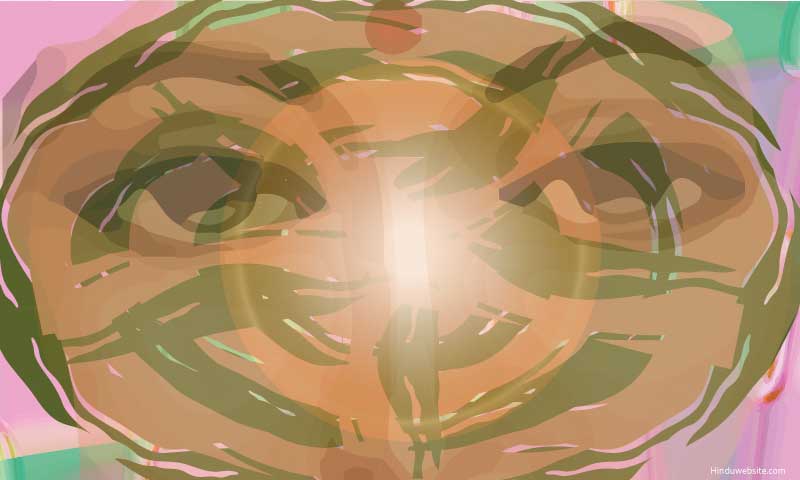 Summary: Maya, meaning illusion or the deluding power of Nature, is another importance concept of Hinduism which is central to the school of Vedanta. In this essay we will discuss the concept and how it manifests in the world as the force of Nature and has an impact upon our lives.

In a worldly sense maya means fraud, magic, trickery or deceit. In a philosophical sense, it refers to illusion or unreality, which hides from the world the reality of Brahman and our own essential nature. Under its influence, we come to accept that we are mere physical beings subject to aging and death, not immortal souls.

On the positive side, maya protects us from the horrors and harsh realities of life, just as our parents protected us when we were children from certain uncomfortable truths of life, while on the negative side it prevents us from knowing our true identities and overcoming our limitations. Because of maya, we remain under a spell which cannot easily be broken.

Maya is also another name for Prakriti or Nature, who is responsible for the concealment of the truths of existence from the beings of the world and creating an alternative reality that keeps them in ignorance and delusion and chained to the cycle of births and deaths.

Strangely, in God’s creation, dharma and maya serve the same purpose. They ensure the order and regularity of the world and its continuation. Dharma does it positively and maya, negatively. Dharma protects you from falsehood, and maya shields you from the truth of  your existence.

Maya is a profound concept with which even modern science is coming to terms. We now know that the universe is much different from what it appears to be and over 90% of it is hidden or invisible. Even if we explore all the galaxies in the universe, we may never know certain aspects of it, such as, for example, why the universe comes into existence and what ultimate purpose it serves.

The concept of maya is not universal to Hinduism. Only certain schools believe in it, especially the schools of nondualism, which hold that only Brahman is the eternal reality and everything else is an illusion and unreal. According to them the world around us is not real, because it is a projection of Brahman or Isvara in the field of Nature.

Just as the Sun is reflected in the water or a film is projected on the screen, the world ensues forth from Brahman and appears as if it is real. It is very much like the dream of Brahman, which lasts as long as he projects it, and disappears when it is withdrawn. Thus, the world in which we live is a mere illusion and untrue (asat). Beings do not know it, and take it for real. However, when they realize the truth they transcend the unreal and enter the real.

Although maya is executed by Nature, its source is God or Isvara only. He has five supreme functions namely creation, preservation, concealment, revelation and destruction. After creating the mortal world and beings, he remains concealed in them, so that they remain bound to the world and carry on their duties and obligations to ensure order and regularity. When beings are ripe for liberation, he uses the power of revelation to rescue them from bondage.

The force of Maya works both at the level of creation in the macrocosm and in the microcosm of each being. In humans it is responsible for ignorance, duality, egoism, attachments, desires, attraction and aversion and lack of discretion. Maya is perpetuated by the gunas, whereby beings do not see the underlying unity of all existence and consider themselves separate and distinct. The notion of separation or individuality is more profound in humans since their intelligence remain covered with the impurity of maya.

As long as a person thinks that he is different from others and lives selfishly, pursuing his selfish goals at the expense of others, he remains vulnerable to evil thoughts and intentions and bound to the world of mortality. According to karma, a person’s actions are either good or evil not only according to the moral and ethical standards but also according to the purpose and intent for which they are performed. If the organs in the body are used for selfish purposes, it is evil and sinful and those who indulge in it incur sin and remain stuck in the cycle of births and deaths. The purpose of human life is to overcome maya and realize this truth so that he can find an escape from mortality.

Maya is perpetuated in humans in various ways. It begins with the activity of the senses. Repeated activity of the senses results in attraction and aversion which in turn leads to desires and attachments. From them arise numerous feelings, emotions, which keep the mind in a state of agitation. With a disturbed and unsteady mind, one cannot think clearly or discern truth from falsehood. The world draws us into its hold. It keeps us under its spell. As we become increasingly involved with it, we become prisoners of our own actions, desires and attachment.

Because of maya we identify ourselves with our minds and bodies, or with our names and forms, and ignore our spiritual nature. As a result, we do not perceive God in the diversity of the world. We go by what we perceive and try to secure our lives with worldly possessions and selfish actions.

Egoism, attachments, and delusion are the three most important problems which arise from the presence of maya in us and in the world around us. Maya blocks our vision and prevents us from thinking clearly or seeing truths. Hence, if you are told that this world is an illusion, you will find it hard to accept it because your mind has no standard of truth or reality to compare.

You can never resolve the problem of maya with your mind or your intellect, because they are most vulnerable to the impurities and influence of maya. If you want to see the truth of things, you must cleanse your mind and body and cultivate sattva. You have to bridge the distinction between you and the object of your perception so that you can feel oneness with it. Unless you achieve the union, the object of your perception will remain distinct and unknown. The scriptures suggest various paths and techniques to overcome ignorance and know the reality which is hidden behind the apparent reality of the world.

However, the schools of dualism hold that the world is neither an illusion nor a projection but real. According to them, creation is a transformative process in which causes become effects. All the entities that exist in creation are real, just as God is. Existence is a sum or multiple realities. The world in which we live is as real as the world of God or God himself. However, while God is an independent entity, the rest are all dependent entities. According to them God is also not a passive witness but an active controller. It is through his grace that one attains liberation.

Whatever may be the scholarly opinion about the world and the truth of it, we know that in this world truth does not always reveal itself. What we see and believe need not necessarily be true or correspond to truth. We cannot easily discern truth, since we cannot see things as they are.

We are conditioned to see the world selectively to reinforce our beliefs, opinions and perspectives. We may see things, but we can never be the things we see because of the duality of the knower and the known. Further due to the limitations of our minds and senses, we can easily be deceived, misinformed, misled, or manipulated by falsehood, trickery and fraud.

Therefore, if you are not convinced that the world which you perceive is an illusion, you should at least know that the world which exists in you is subject to maya. Since you are vulnerable to deceit and falsehood, you should be on guard against the illusions of your own mind and keep it free from mental filters, perceptual errors or cognitive distortions, which interfer with your perceptions and awareness. You must cultivate attentiveness to see things as they are, free from the projections of your own mind, which are caused by desires, attachments, emotions, expectations, attraction and aversion.

If your mind is calm and stable and if you practice detachment and discernment, there is a greater chance that you will see the truths of life clearly. Your mind plays numerous tricks upon you and keeps you distracted and ignorant about certain aspects of our own behavior or the world. At least for that sake, you must take the idea of maya seriously and safeguard yourself against it.