Bhakti yoga or the Yoga of Devotion 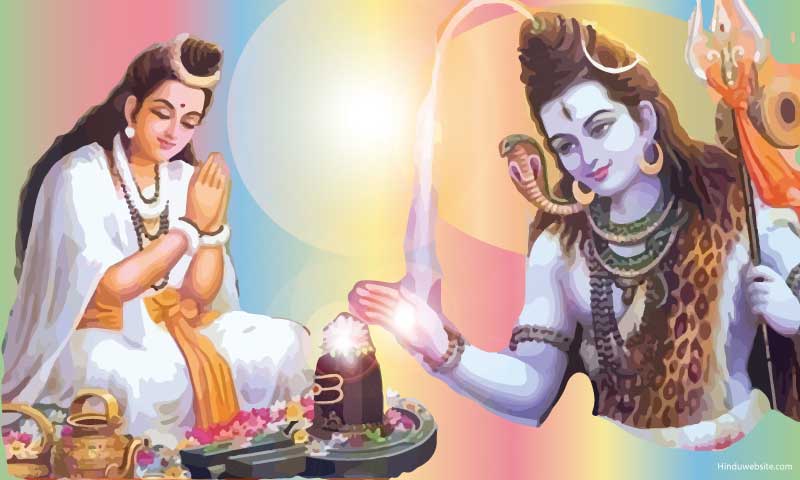 Summary: The idea of Bhakti or devotion to a person God is the central feature of many sects of Hinduism. It has a long history too which dates back to the Age of the epics. In this essay we have presented important references to devotion or bhakti which are found in the Bhagavadgita

Bhakti means devotion, attachment, faithfulness or loyalty. In a religious sense, it means worship, reverence, or devotion to God or an object of worship. Bhakti marg means the path of devotion, and bhakti yoga means the state of devotion and the practice of devotion to attain union or oneness with the object of worship, which is usually God or a personal deity. In a spiritual sense bhakti means intense love for God, which eventually culminates in absorption in God. The concept of bhakti has its roots in the Vedic sacrificial ceremonies. Bhakta was what was offered, sacrificed, divided and apportioned, and bhakti referred to the act of offering. It was a reference to sacrificial offerings, animal and human sacrifices.

The Bhagavadgita on devotion

The Bhagavadgita is essentially a conversation between God and his devotee about liberation and the means to attain it. Bhakti yoga is discussed in the 12th Chapter. However, throughout the scripture we can find references to devotion. Lord Krishna repeatedly emphasizes that whoever fixed their minds upon him and remain absorbed in his thoughts is bound to attain him only.

According to the Bhagavadgita, single minded devotion to Vasudeva is the surest path to self-realization. In whatever way a devotee approaches him, he accepts them, for men approach him from all directions (4.11). Such souls are rare but dearer to God, who have completely surrendered themselves to him and spend their lives in devotion and continuous contemplation.

The mahatmas (great souls) know how to worship God with undivided mind, as they know him to be Imperishable and the true cause of all beings (9.13). Always singing his glories, striving to attain him, with firm determination, prostrating themselves before him, ever established in him, they worship him (9.14).

A true devotee is never lost to God. He lives in his constant gaze and under his continuous protection. The Lord always takes care of the needs of a pure devotee who is totally lost in pure devotion to him (9.22). Pure devotion is the highest form of love to which God responds with unconditional love and immediate attention.

Those who worship Vasudeva Krishna with single minded devotion are speedily rescued from the ocean of mortal existence. (12.7). A man should live in God, with his mind and intelligence fixed in him, to attain him (12.8). If devotion with concentration of mind is not possible, then one should practice concentration (12.9). If that is also not possible then one should take refuge in him and renounce all fruits of actions (12.11).

God is omniscient, omnipresent and omnipotent. All living entities are created by him, and they all exist in him. But deluded by the three fold modes of nature, many do not recognize him and acknowledge his supremacy and his greatness.

The deluded persons of illusory hopes and actions, follow the way of the asuras (demons) and do not worship him (9.12). But the noble and the virtuous, who possesses divine nature, knowing him as the prime cause of creation and imperishable, by worshipping him and identifying themselves with him, in complete state of surrender and egolessness, become extremely dearer to him.

And God gives the assurance that they would never perish. Even if a sinful person worships him with complete devotion, he should be regarded as saint for he has rightly decided to do so and speedily he becomes a dharmatma (righteous soul) (9.31).

Those who perform sacrifices (9.20) and worship other gods (9.23) also in a way worship him, but they do not attain him. The knowers of the Vedas who worship him through the sacrifices, ascend to the heavens on death and after enjoying the celestial pleasures and exhausting their merit they come back to the earth again (9.20&21).

Those whose wisdom is carried away by their desires, worship other gods in order to fulfill their desires (9.20). In whatever form the devotee worships with faith, God stabilizes the faith of that devotee in that particular form and helps him to obtain through that form the desired enjoyment (9.21&22). But finite is the fruit gained by these men of lesser wisdom. The worshippers of gods go to those gods, but the devotees of Supreme Lord go to him only (9.23).

Men who worship God are described to be of four types, the man in distress (arta), the inquisitive (Jignasu), the seeker of wealth (artharhti) and the man of wisdom (7.16). Of them, declares Lord Krishna, the man of wisdom, established in single minded and continuous devotion, is extremely dearer to him (7.17).

All devotees are noble, but the man of wisdom is deemed by God as his own self who is in perfect union with him (7.18). It is only at the end of many births that a man is able to achieve such a supreme state of devotion (7.19). There is an irrevocable assurance in the following verses of the Bhagavad gita to the devotees who are fully absorbed in him (8.14 &10.10)

"To the constantly busy devotee who remembers Me without engaging his mind elsewhere, to him I am very easy (to attain), O Partha."

"To those who worship Me always with loving devotion, I give the real wisdom by which they come to me."

Purity of heart and devotion are supremely important in this path. Whatever that is offered to him, a leaf, a flower, a fruit, or water, with pure devotion, that sacred offering of the pure soul, he accepts with unconditional love (9.26). Such an offering can be even extended a person’s whole life and his activities. A true devotee can convert his whole life into an offering to God. Whatever he does, whatever he eats, whatever he offers, or gives away, whatever penances he does, they can be offered to him and become dearer to him (9.27).

For God there is actually none who is hateful or dearer for he is equal to all and is present in all. But those who worship him with devotion are closer to him and earn his grace. They are in him and He in them. (9.29). The power of devotion is such that by remembering God at the time death a devotee can easily attain the Highest Goal (8.13).

It is however not so easy to remember God at the time of death. In order to accomplish this, the devotee must be a steadfast yogi (nityauktaysa yoginah), with his heart and mind filled with devotion, constantly remembering him and thinking of him alone (8.14)

Worshipping the Unmanifested Brahman is also not recommended. It is not only difficult but painful for the embodies beings (12.5). But by worshipping God as Lord Krishna, with single minded devotion, one can easily attain the Highest Abode never to return again to the mortal world.

The scripture also assures that of all the devotees, whoever spreads the teachings of the Bhagavadgita out of deep devotion will surely attain God. Among people no one does a greater service than him and no one is dearer to God than him (18.68-69).