An Introduction To The Bhagavad-Gita And Its Three Secrets 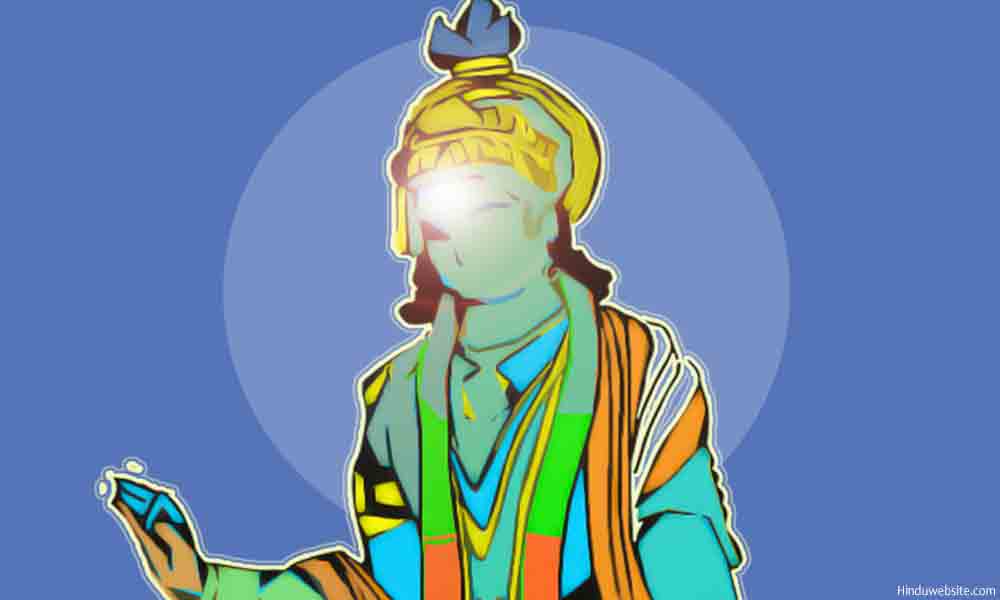 The Bhagavad-Gita is one of the most ancient religious scriptures of the world. It contains the direct message of God. It is a dialogue between God and his closest devotee. The discourse was delivered originally in Sanskrit, but today its translations are available almost in every language. The antiquity of the Bhagavad-Gita is hidden in tradition, ancient scriptures, myths and legends. Its history, content and personality are intimately connected to the life of Lord Krishna, an incarnation of Lord Vishnu and the Yadava hero, who played a crucial role in the war of the epic Mahabharata.

Lord Vishnu incarnated in the form of Lord Krishna to root out evil and establish dharma or righteous living upon earth. He participated in the drama of human life and left behind his discourse in the form of the Bhagavad-Gita for the benefit of future generations. The scripture is truly an icon of the Sanatana-dharma, an ageless and valuable ancient discourse that has the potential to play a significant role in the alleviation of suffering in all branches of human life, in a world that has been increasingly becoming more complex and unstable.

The central philosophy of the Bhagavad-Gita characterizes in many ways the central theme of Hinduism even in today's context. It contains the message of divine centered living based upon right knowledge, faith, devotion, self-surrender, detachment and dispassionate performance of tasks as opposed to the ego centered living, which is characterized by incessant striving, self-centered thinking, egoism, and suffering arising out of non-attainment of desires, or union with the undesired objects or separation from the desired objects. The book is a discourse of immense spiritual value, for people who are engaged in the daily battles of life, symbolically or even truly reflected by the episode of Arjuna, who was stricken with sorrow and confusion, being taught and assisted by God himself, in the middle of the battlefield of Kurukshetra where good and evil forces stood in confrontation with each other.

The Bhagavad-Gita reveals how anyone can perform ordinary duties in the world and yet remain free from the consequences of one’s actions. It is not by inaction, not even by doing only the so called good deeds, one attains liberation, but by doing deeds without the sense of doer-ship as a sacrificial offering to God in the true spirit of renunciation and without shunning the responsibility, which comes with birth.

The scripture deals with such basic concepts as the nature of our existence, the nature of the true self, our true relationship with God, the truth about action and inaction, the correct meaning of knowledge and ignorance, the inborn qualities of man and how the actions bind him to the mortal world, the meaning of true devotion, the right attitude towards the external world, the meaning and purpose of Maya and so on.

The Bhagavad-Gita is a book of self-discovery and inward journey into the Abode of God. It helps a devotee move from sorrow driven mortal existence to eternal and blissful life. Desire is central to all human activity. By eliminating desires, without abandoning the actions, a person can free himself from the bondage caused by desire driven actions. Such an approach not only liberates human beings from the struggling and striving that characterizes their egoistic actions, but also greatly reduces their anxieties and frustrations, creating in them in the process a permanent basis for a stable, peaceful and contended life.

According to the Bhagavad-Gita the external world is unreal, not because it does not exist, but because it is unstable and ever changing. Since it is based upon impermanence, it cannot be relied upon as a vehicle of truth, and it should not become the purpose of our existence. He who clings to such an unstable phenomenon is bound to suffer since he is compelled by his own desires to engage in desperate actions to retain his unstable possessions, which cause him constant anxiety, anger, fear and envy.

Therefore, the Bhagavad-Gita searches for a permanent reality that makes life more stable, peaceful and purposeful and aligned to the central purpose of God’s eternal Dharma, which is order and regularity (rta). It discards layer after layer of untruth, which surrounds us and reveals the shining Self that exists in us all as the center of truth and permanence, which we should ultimately discover. It is by understanding the hidden Self in us that we will ultimately discover the Supreme Self, who exists in all of us and in whom we all exist.

The three secrets of the Bhagavad-Gita

Great scholars of the Bhagavad-Gita say that the scripture fundamentally deals with three primary teachings, which are called the three secrets. The first secret is about duty. A person must do his duty according to his nature (swadharmacharana). The second truth is about the hidden Self. In everyone there is a real and hidden Self, which is different from the external false self. A seeker of liberation must realize this difference between the outer self and the inner self. The third secret is about the omnipresence of God, who pervades all and envelops all. One must live in this world with the awareness that all that exists in this world is but Vasudeva.

The Bhagavad-Gita has profoundly influenced the Indian way of life for millenniums. Its teachings have been at the core of the Hindu fundamental beliefs from time immemorial. They are ageless and relevant even today.

Originally written in Sanskrit, the scripture has been translated into many languages all over the world and is now easily available to interested readers in most parts of the world. It attracted the attention of many scholars for centuries.

Each verse and every chapter in it are loaded with multiple meanings, enabling each to understand it and interpret it in his own way. The more we read the Bhagavad-Gita, the greater is our insight into its deepest secrets. The more we read it, the stronger will be our feeling that we know but little about it.

When you feel that you have understood it all and you can safely go elsewhere for inspiration, a particular verse or a chapter may again start bothering you with new wisdom or a perplexing insight. That is why today we have so many interpretations of the Bhagavad-Gita from various scholars.

Organization of the scripture

The Bhagavad-Gita contains 18 chapters and 700 verses, which are attributed to the four principle participants of the narration in the following manner:

Historicity of the Bhagavad-Gita

Whether the Bhagavad-Gita is a spiritual revelation in a subtle realm or an actual event in the mortal world is a matter of great controversy. Looking to the depth of symbolism involved and the basic purpose of the whole scripture, the former possibility seems to be more acceptable than the latter.

It was customary in ancient India to compose spiritual dialogues of great depth and wisdom using the names of renowned personalities of the past. Bhagavadgita is not the only scripture which is composed as a spiritual dialogue. There are many other Gitas and Upanishads, which follow a similar format in which one or more students or devotees ask questions and a teacher or a divinity answers them.

Veda Vyasa is regarded as the author of the book. It is not clear from where Veda Vyasa had received the whole information since it was Sanjaya, not Veda Vyasa who was the direct witness to the whole discourse between Lord Krishna and Arjuna. Either Vedavyasa might have heard it from one of the participants or he got it through his inner experience, which is generally the case with all the shruti literature.

It is more likely that the scripture might have entered the human mind as a revelation or intuitive knoweldge. It is also possible that the entire episode of the Mahabharata might have happened in subtle realms, before the emergence of gross bodies upon earth, and become a part of our collective consciousness and vast literature through latent memories and creative flashes.

Whether such a revelation happened to Veda Vyasa or to any other sage, we would never know. Therefore, we will better leave the matter to historians and scholars to debate and discuss. What is more important is to know that the Bhagavad-Gita is a divine message for the troubled humanity and it provides many solutions to our daily problems which will help us balance our temporal needs and worldly concerns with our spiritual goals.