Shivling (Shivalingam, Shiva Lingam) is the symbolic as well as conceptual representation of Shiva and Shakti in all conceivable forms from the highest to the lowest. It symbolizes their eternal union as well as their role as the efficient and material cause of the whole creation.

Hence, the worship of Shiva Lingam (lingarchana) is the most popular form of worship in Hinduism, and more specifically in Shaivism. Some of the oldest and most ancient temples of Hinduism are Shiva temples where Shivalingams are ritually worshipped. The temples may contain hundreds or even thousands of Shiva Lingams, besides the main one in the Sanctum.

In some sects, Shiva Lingas are also used as amulets and worn on the body. Their very presence is considered sacred and beneficial to those who keep them and worship them, and those who visit them frequently to offer worship. By worshipping a Shiva Lingam, one is cleansed of all past sins. The Tantric texts contain detailed information on how to worship the Lingam for best results. Such rituals may last for hours, and sometimes, for days. 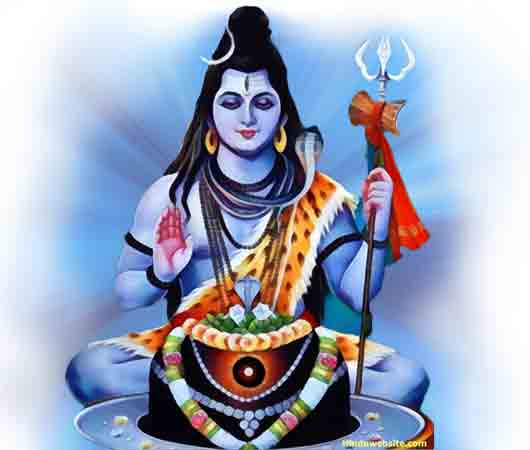 Shiva Lingam represents the eternal union of Shiva and Shakti in all aspects.

The size of a Shiva Lingam may also vary from minute ones that are as small as beads to those that are several feet or meters high. Practically, any round stone or any stone or pillar, which juts out of the earth can be worshipped as a Shiva Lingam. Symbolically, all the hills and mountains upon earth are but Shiva Lingams only. The Shiva Lingam represents all life forms which emerge out of the earth, as aspect of Shiva Shakti.

The history of Shiva Lingam goes back to prehistoric times. Many objects that are similar to it were found in the excavations at various Indus sites. (However, some historians do not agree that they represent the later day Shiva Lingams). Thousands of temples all over India are exclusively dedicated to the worship of Shiva in this form. Of them, some are called Jyotirlingas (lingams infused with light) and considered the most sacred.

The Jyotirlinga temples as well as the Shakti temples are scattered all over India. Each has its own mystic, spiritual and historic significance. Because of their sanctity and historicity, each year they attract millions of devotees from faraway places. Most of them are located on the banks of sacred rivers or near water bodies or high in the Himalayas, signifying Shiva’s connection to water, snow, healing and cleansing. The oldest Shiva Lingam to date is found in the Parashurameshwara temple, near Tirupathi in Andhra Pradesh which is believed to be in existence since the 3rd Century BC.

Shiva Lingams are mainly of two types, the natural Shiva Lingams which are found in the earth and in water (river beds) and the artificial ones, which are made for worship and installation. The artificial ones are of different types, depending upon the material with which they are made. The Pancha Bhuta Lingams, each of which is made of one of the five elements (earth, sky, water, fire and air) are located at Kanchi, Chidambaram, Tirchinapalli, Tiruvannamalai, and Sri Kalahasti respectively. They are also often associated with the sun and the moon. For example, the temple at Konark, near Jagannath Puri temple is known as Surya Lingam and the one in Bangladesh near Chittagong is known as the Chandra lingam. 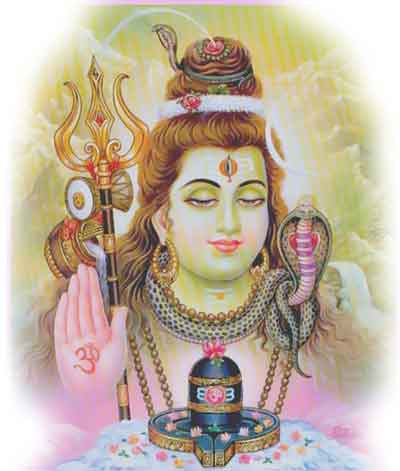 Shiva Lingam represents the manifested or awakened aspect of Shiva

The Lingams may be made of wood, stone, precious stones, gold, silver, alloys (dhatus), glass, plastic, earth, rice, flour and clay. Many round and polished stones which are naturally found in the river beds of some sacred rivers such as the Narmada are also used as Shiva Lingams. Shiva Lingams are often found by chance. The places where they are found are usually considered sacred. Some of them may be ancient historic sites. Many temples were raised in the past where Shiva Lingams were unearthed during excavations, digging or plowing.

The Mahaparinirvana Tantra declares that installing Shiva Lingam in a temple or in a house in itself is highly beneficial, which is equal to performing 10,000 horse sacrifices or digging a water tank in an arid region. Those who engage in it are cleansed of all sins. All the deities, including Brahma and Vishnu reside in the area where it is installed. Those who live in its vicinity are also purged of all sins which they committed elsewhere.

However, devotees are advised not to take liberties with Shiva Lingams. They are expected to live virtuous and pious lives when they are near Shiva Lingams, or when they install them in their houses. Because of the sanctity attached to them, they are not meant to be used for ornamental and vain purposes or as a show off. It is said that while they cleanse the worshippers of their past sins, any sins which are committed in the vicinity of a Shiva Lingam, be it a temple or a house, stick to the sinners and strike them with the force of a thunderbolt. Hence, one of the popular beliefs is that one should not keep a Shiva Lingam in the house unless one wants to worship it according to established procedures and lead a virtuous life. Another belief is that one should not worship a broken Shiva Lingam or a broken image of Shiva.